You are here: Home / Homeland History 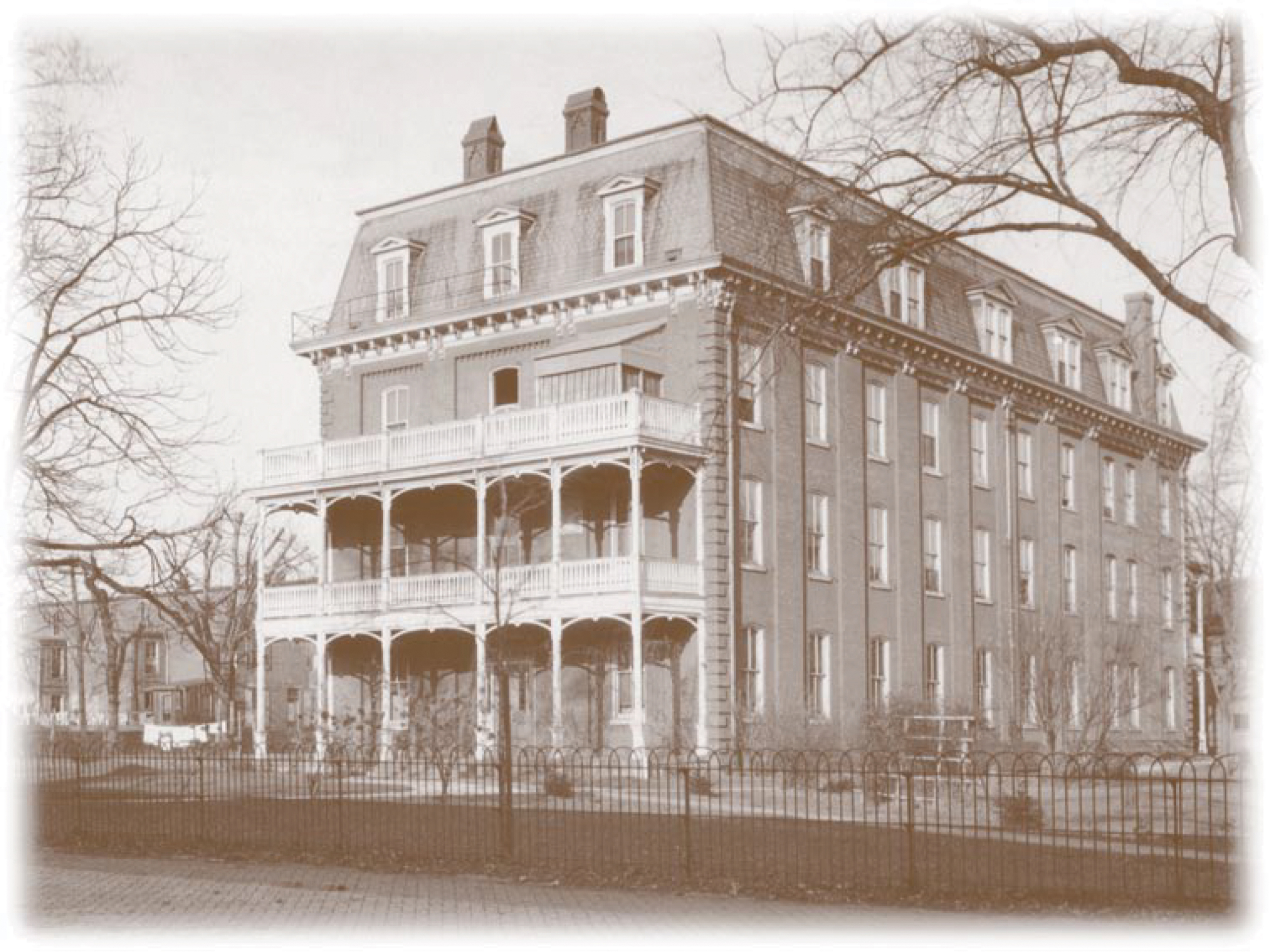 The Civil War (1861-1865) took our country through some of its darkest days as states and families found themselves on opposite sides of the fight. When the war ended on April 9, 1865, our country had lost more than 620,000 soldiers with countless others scarred with injuries rending it impossible for them to work and provide for their families. Out of this devastation, the Home for the Friendless was formed. Today, we know the organization as Homeland Center. While its name and scope of work has changed with the times, the organization remains a home of hope for those in need.

Homeland Center resides on Sixth Street in Harrisburg. Prior to the City of Harrisburg assigning street numbers, the thoroughfare was known as Ridge Avenue because the land sat high above the Susquehanna River. Ridge Avenue was a desirable part of town, with well-kept detached houses and ample farmland. 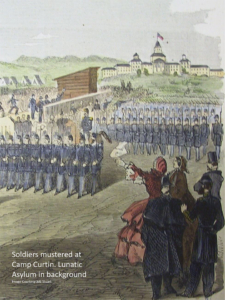 At the start of the Civil War, Pennsylvania Governor Andrew Curtin issued a proclamation asking for 13,000 men to volunteer to serve the Union. Within three days, thousands of men converged into Harrisburg. Eighty acres of farmland on Ridge Avenue was transformed into Camp Curtin, named in honor of Governor Curtin, to serve the needs of the growing Union army.

“Harrisburg’s railroad lines made it an ideal location for moving men and supplies during the war,” says David Morrison, executive director of the Historic Harrisburg Association. “Camp Curtin played a critical role in the war as a hospital, supply depot and mustering point.”

More than 300,000 soldiers from Pennsylvania, Maryland, Michigan, Minnesota, New Jersey, New York, Ohio, Wisconsin and the regular army used Camp Curtin during the war. More military units were organized there than at any other camp in the Union.

“Soldiers traveling through Camp Curtin caused a surge in population,” David adds. “Resources, like fresh food, were in high demand.” 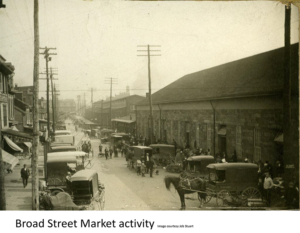 The Broad Street Market, which is now located on North Third Street, was built so farmers could help feed the troops. Soldiers also accessed fresh produce from the vegetable gardens grown and tended by the patients at the Harrisburg State Hospital, which opened in 1851 on a large tract of land located on Cameron and Maclay Streets.

When the Civil War ended, the Harrisburg community was at a crossroads. The demand for resources during the war propelled the industrialization of transportation via the rail and canal system as well as the construction of the nation’s first steel mill.

At the same time, the region was devastated by the loss of soldiers’ lives and the impact of the loss on the loved ones they left behind. Wives, widows, and parents struggled to provide for dependent family members without the support of deceased and disabled husbands and sons. In December of 1866, the Harrisburg Patriot called attention to “the large number of children who are daily to be seen on our streets in a ragged, forlorn condition.”

“Our community did not have a safety net of services in place,” David says. “Women and children were living in abject poverty and needed help on a large scale.”

On November 21, 1866, representatives of nine city churches concluded a shelter was needed to serve Dauphin County. The “Society for the Home for the Friendless” was formally chartered in May of 1867 and operated out of a rented house at Third and Mulberry Streets. In 1870, the Society broke ground on the original house, which still stands.

The Home for the Friendless served children (mostly girls) and elderly women for the first 40 years. The organization carried out a dual mission of providing for the health and comfort of the elderly residents as well as educating the children for future employment. The Home made expansions and improvements over the years leading up to its transformation to Homeland Center in the 1950s. 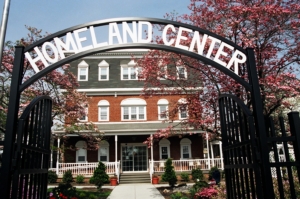 In 1955, the Home unofficially changed its name to Homeland Center to represent its philosophy on the care of its residents. Over the following years, Homeland opened its services to men, added additional wings to the original building and modernized the existing infirmary to serve as a skilled nursing unit.

Today, Homeland provides a wide array of services to the citizens of the greater Harrisburg region, including personal care services, skilled nursing care, a safe and secure environment for patients with Alzheimer’s disease, as well as at home care and hospice services.

For all of these people, Homeland Center is what the founders intended it to be: a home. Homeland looks back to the values and idealism of the 1860s. At the same time, it looks forward to new ways of living and new ways of caring.

Homeland Center and Homeland at Home will celebrate its 155th anniversary of serving central Pennsylvania, and pay tribute to Betty Hungerford on Sunday, May 15, 2022, from 5:30 to 8:30 p.m., at the Hilton Harrisburg. To learn more, visit homelandanniversary.org.