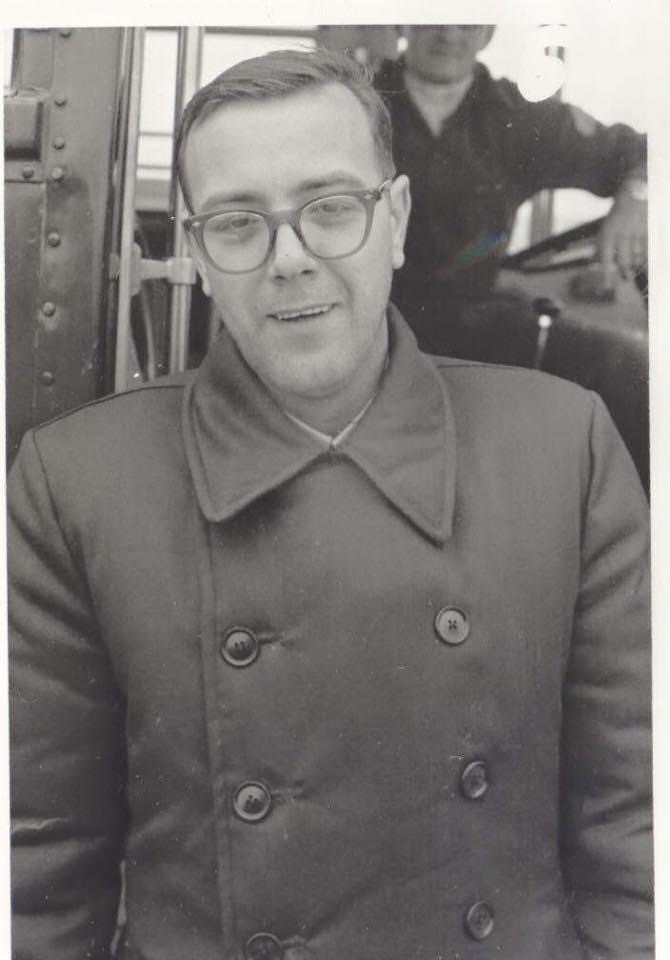 Bravery and honor are words reserved for the select few who have risked their lives in service of our country. For United States Air Force and Navy veteran Donald McClarren of Boiling Springs these are the words he lived by during his time as a Prisoner of War in North Korea. A humble and soft-spoken man, Donald may dismiss the word hero to describe him, but he is all of this and more to those who know and served with him.

Homeland Hospice recently recognized Donald with a special pin and certificate through the We Honor Veterans program, created by the National Hospice and Palliative Care Organization (NHPCO) in collaboration with the Department of Veterans Affairs (VA). The program works to improve the quality of health care for all veterans. Homeland Hospice is a nonprofit hospice program that serves communities throughout Central Pennsylvania. Homeland Chaplains Mark Harris, a former hospital corpsman, and John Good help lead the program.

As a young man growing up in Johnstown, Donald wanted to do his part to serve our country. He joined the Air Force in 1954 where he was trained in cryptography and worked as a communications technician for 10 years. After completing his time with the Air Force, Donald wanted to return to service as tensions between the United States and Korea and Vietnam were heating up.

“At the time, the Air Force didn’t have openings in my field,” Donald says. “I walked across the building to the Naval recruiting office and joined that day.”

Donald continued deciphering encrypted messages with the Navy, spending time around the world. His life and the history of our country were forever changed on January 23, 1968 when his ship, the USS Pueblo, was attacked and captured in the Sea of Japan by the North Korean military.

The Pueblo was on a peaceful mission to monitor, record and analyze wireless communications. On board were 83 servicemen, primarily trained as communications technicians. When the ship came under attack by North Korean PT boats, submarine chasers and an aircraft, the Pueblo did not fire back as its one .50-caliber machine gun was under deck. Trying to place the gun in firing position would put the men in peril. One crew member died while destroying classified materials. The others were taken prisoners.

From January to December of 1968, Donald and his fellow crew mates were routinely interrogated and tortured. At the time, the United States Department of Defense did not recognize the members of the Pueblo as Prisoners of War.

“Every day I thought about my father and how he was coping,” Donald says. “I worried my captivity would kill him.”

At one point in his imprisonment, the Pueblo crew was shown a propaganda piece of a North Korean sports team competing in England. Part of the news story included footage of everyday life in England. In one frame, an English businessman looked into the camera and raised his middle finger in protest.

“Our guards asked us what this meant,” Donald says with a smile. “We said it was a Hawaiian good luck sign.”

Days later, the guards took photos of the crew to send back to their families to assure them the servicemen were healthy and well-cared for under the North Korean’s watch. In every photo, crewmembers discreetly displayed the “Hawaiian good luck sign” in silent protest.

As the photos made their way to friends and family stateside they were printed in a small town newspaper. Eventually the story and photos were picked up by Time International, which made its way into the hands of the North Korean military, including the guards of the Pueblo’s crew.

“We had the worst week of our lives after the guards read the magazine,” Donald adds. “Somehow we made it.”

Not long after the Time International story ran, the interrogations and beatings stopped, and the soldiers learned they were going home. Donald and his crewmates were taken to the 38th parallel, a popular name given to latitude 38 degrees north, which is the demarcation line between North and South Korea.

“I didn’t believe it was true until I crossed the line into South Korea,” Donald says. “I was finally free.”

While the crew of the Pueblo was free, part of their story and the destiny of their beloved ship remained entwined with North Korea. Donald went on to finish his naval career, retiring as a recruiter while stationed in Montana. The ship’s skipper Commander Lloyd Bucher nearly faced a court-martial trial based on his decision not to secure the machine gun under deck and retaliate. The Navy eventually dropped the proceedings citing the mental toil the crew had already endured.

“Commander Bucher had the support of the entire crew,” Donald says. “He was a good man who put our safety first.”

As for the USS Pueblo, it is still held by North Korea today. Pueblo is the only ship in the U.S. Navy still on the commissioned roster that is held captive.

Twenty-two years after Donald and his fellow crew mates were taken captive; they were finally recognized as Prisoners of War. Donald received the Prisoner of War Medal and Combat Action Ribbon for his valor in service to our country.