Retired Chief Petty Officer and Corpsman John Keeney died on August 4, 2019. On July 24, 2019, Homeland Hospice honored John for his remarkable courage and sacrifice for our country. We share this article to honor John’s legacy.

“When I returned from active duty in Vietnam, I was greeted by protesters in San Francisco,” retired Chief Petty Officer and Corpsman John Keeney recalled. “I’ve held on to that hurt until today.”

On July 24, 2019, Homeland Hospice along with the Navy Operational Support Center (NOSC) Harrisburg, Naval Supply Systems Command (NAVSUP) and local retired Chief Petty Officers recognized John with a special pinning ceremony for his remarkable valor and allegiance to our country. Homeland Hospice is a hospice program that serves communities throughout Central Pennsylvania. 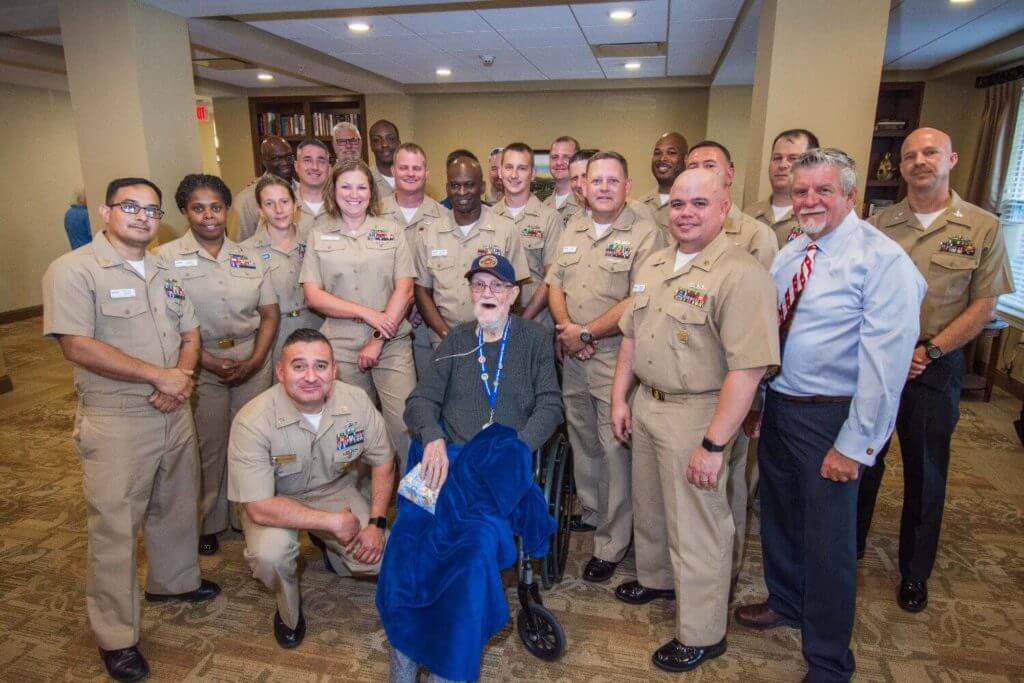 At the time of the ceremony, John was a resident of Harmony at West Shore in Mechanicsburg. In addition to active and retired military officers, John’s family, residents of Harmony and members of the community gathered to honor him for his selfless acts of courage during some of the darkest hours in our country’s history.

As a Navy corpsman, John provided medical support to sailors and Marines in combat during his tour in the Korean War and two tours in the Vietnam War. As a sign of respect, the Marines address corpsman as “Doc.” A distinguished few are known as “Devil Doc” for their proven valor in battle. John was a Devil Doc.

“From the bottom of my heart, thank you for your service,” Jimenez said. “You are what we all aspire to become.”

At the close of the ceremony, Chaplain Mark P. Harris, M.A., M.Div., Spiritual Counselor at Homeland Hospice, led military members in a salute to John. Mark also retired from the United States Navy as a corpsman and has a special place in his heart for his fellow “Docs.” 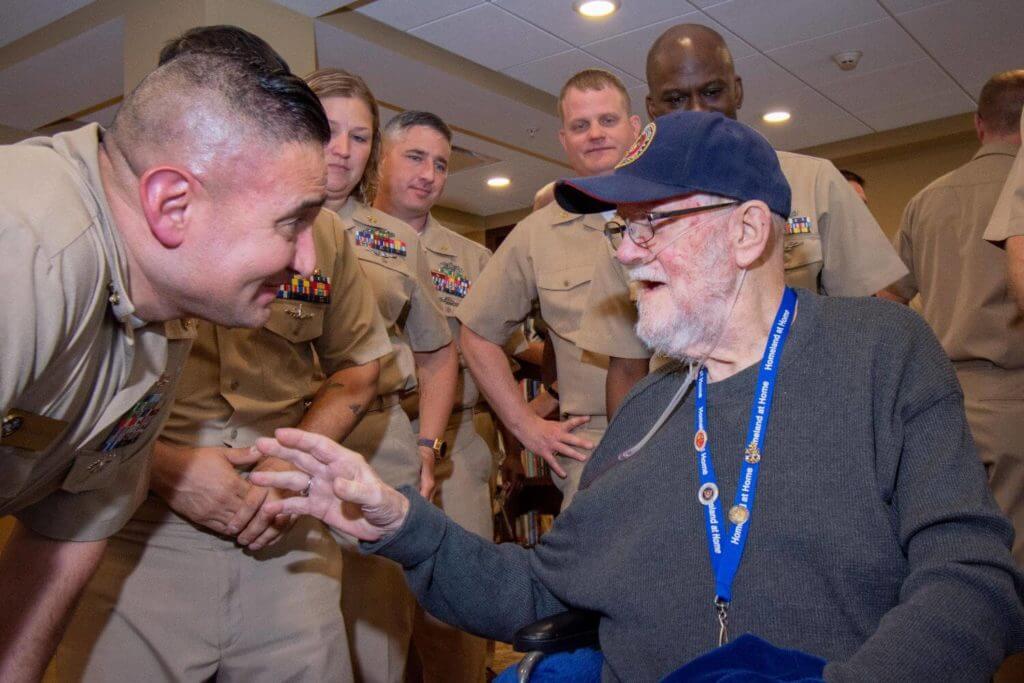 “John lived the words ‘country first,’” Marks said. “Despite the challenges of combat, he was a humble servant to our nation up until his last day.”

During his tours of duty in Vietnam, John was responsible for completing the necessary paperwork to ensure qualified sailors and Marines received their Purple Heart Medals. He put his comrades first and turned down two Purple Heart Medals because he felt others were more deserving.

“I spent time with John several days after the ceremony,” Mark adds. “He felt at peace with himself and the world around him. It was an honor to know him.”

Homeland honors all who served through its We Honor Veterans program, created by the National Hospice and Palliative Care Organization (NHPCO) in collaboration with the Department of Veterans Affairs (VA). The program works to improve the quality of health care for all veterans. Homeland Hospice has been part of the program for seven years.

Betty Hungerford: A Tapestry of Friendship and Professional Success